This is me - with a dog named Bagheera ! 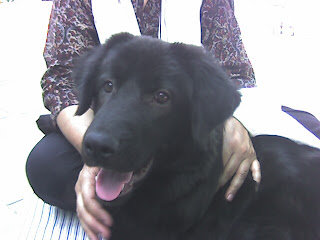 Posted by UrbanIndiaThoughts at 11:56 PM No comments:

Well I am back after a really long while. Have moved from Delhi to Gurgaon since. Live next door to several commercial buildings, the most well known among which is colloquially known as the 'DLF Ship Building' ! Thats becuase it really does look like a ship !

One of my housekeeping staff told me that he ran away from his village home because his mother beat him. He headed straight for the 'Ship building' though all he knew was that it was in / near Delhi ! He did manage to find it merely by asking people at the railway station in Delhi where he alighted.. He knew that his friends and relatives were staying at a village near the ship building.. and he did find them !
Posted by UrbanIndiaThoughts at 9:25 PM No comments: