We realized we had forgotten to update friends on our Viamin D3 saga.

Friends will recall we started weekly supplements of 60,000 IU in mid-sep’17 when our levels came out in tests to be 9 and 17 ng / ml respectively. After 10 weeks, on re-testing the levels were still 30 and 26 whereas the vitamin d council recommends 40-60 ng / ml. so we took a second 10 week weekly course of 60,000 IUs. Sadly, when we tested after this second course, the readings were 16 and 13 or some such ! Was it that levels are lower in winter (we tested in beginning march 2018) or was one of the co-factors was low (co-factor is a micro-nutrient without which vit d3 levels cannot be normal). 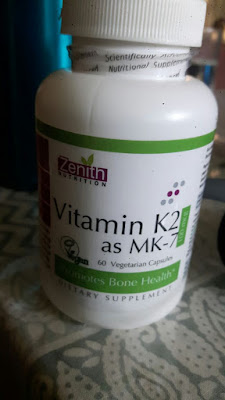 So we looked those up – magnesium, zinc, etc., and had them tested too, only for my husband this time. The levels were normal. The only co-factor we did not test for was vit k2 as the test for that was for 13,500 inr and that is low in most populations also. So we have started supplement for vit k2 even as we have begun our third vit. d3 weekly course !

All this enquiry was necessitated by my husband’s coughing having increased from a level of nil to about 30 %  (he suddenly started suffering from adult onset coughing asthma with no history of similar before) – he had to take more of the inhalers which he hardly needed in the preceding months when we thought vit d3 had fixed him. So lets see where we get to with our vitamin d3 story in future – we will test again after this course of 10 weeks is over.

We had started naturopathy for my husband's allergies in sep-17 side by side with vitamin d3. The protective effect even of a previous naturopathy regime had lasted 6 months – same as now. So now we were forced to think if the lack of cough had been naturopathy rather than vitamin d3 supplements. If it was naturopathy, we discussed if my husband should then take the 15 day treatment twice a year – after all it is just 2-3 hours a day of steam baths and such like – nothing intrusive. Well, the jury is still out on that.

For now, my husband makes sure he does not miss his daily home-made soup – two big bowls (recommended by the naturopaths), and tries to minimize ready made food like bread, biscuits and savouries, which seems to contribute to the cough. I would think his cough is down to 10 % now.

Posted by UrbanIndiaThoughts at 12:04 PM No comments:

While reading something else yesterday, I stumbled onto an article from 2010 on starvation deaths in jharkhand. I checked the latest news, hoping the state govt. had had time to redress this unacceptable situation. It had not – deaths from hunger are still in the news in 2017. 30 % of Jharkhand’s children are wasted and nearly half are underweight.

For those who cry speciously ‘Give BJP more time’ – this is what BJP governments have achieved in Jharkhand since 2000, where they have been in power for a vast majority of the years. And ofcourse Jharkhand has its own Lalu also in the form of Madhu Koda.

Bihar, on the other hand reduced its underweight children from 56 % to 44 % between 2006 and 2016. Nitish is widely credited as having given a firm leadership to the State. 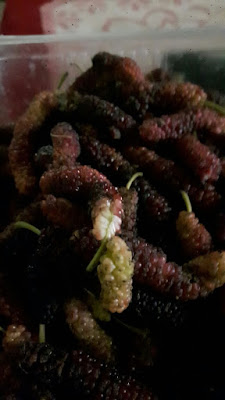 Mulberry - shehtoot from our 20 + year old tree. We spread clean plastic sheets below it so shehtoot that fall on the sheets dont have to be washed - washing takes away much of the taste and presumably the nutrients too.
Posted by UrbanIndiaThoughts at 10:58 AM No comments:

A friend sent this video. 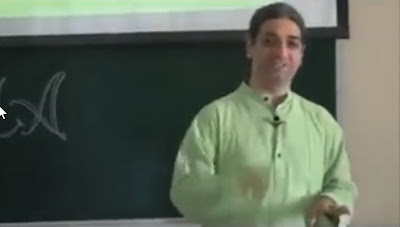 I wrote back to him : Thanks for this interesting talk – the arundhati and vashist stars were very thought provoking ! But atleast one of the claims is embellished – Vasco de gama did not seek out to ‘discover india’ as trade with india had been going on from europe since before Christ and after, via the Greek and then Roman empires. When the Roman empire declined, Indian traders turned their attention to south east asia where the sphere of Indian influence became large. Where Europe was concerned, Arabs and after them, Ottomon Turks dominated the trade with India, the Far East and China, via the Red Sea and sold in Europe primarily through Venetian traders.

Other European powers wanted to cut in on the lucrative spice trade, and many naval expeditions were launched to reach and directly secure sources of the spice trade. It was in this context that the columbus and vasco de gama expeditions were mounted. Vasco de Gama found the route around africa to reach india bypassing the red sea route controlled by the Turks. The pilots (the guides for the route) for this long expedition were european, moorish, and finally indian. There is no record of indian vessels ‘escorting vasco de gama’s ship from africa to india’.

India’s ancient maritime history isnt that well researched but atleast I have never seen references to India having dominated the world trade in spices even as it played a very important role in it.

India has produced great world religions that offer insight and understanding of the cosmos and man’s place in it. It has had sophisticated political and administrative traditions in parts of her history. It has many great innovations and discoveries to her credit. But it is perhaps our traditon of living within our environmental means that is the greatest techology of all. Therefore this trend common in social media of daily producing lies and half lies (that the unsuspecting among us circulate) to brag about some supposed aspect of indian domination makes one wonder why we lack self confidence to state what the facts tell us.

Posted by UrbanIndiaThoughts at 8:36 AM No comments:

I occasionally check news on Rome / Italy and Budapst / Hungary and saw news of an exhibit of butterflies in Rome. Unfortunately, the exhibit isnt on in winter when we visit. Here’s a video of that exhibit : https://www.youtube.com/watch?time_continue=8&v=x7iWDGcPSvE 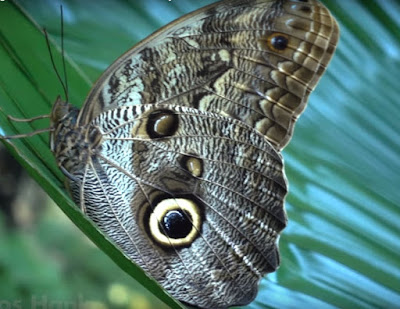 Posted by UrbanIndiaThoughts at 12:23 PM No comments:

Gujarat is cutting piped water supplies to its cities and villages for household use as there is little stored water left in the Narmada dam to last until when rains are expected. Water to industries will be cut too and totally withheld from farmers until rains come and the storage improves.

It was known by Sep 2017 that there was much less water stored in the Narmada dam than usual, but the State govt. wasted millions of litres of water in rallies by PM Modi in the run up to the State elections in Dec 2017.

To manipulate farmers, the State Government did not inform them until a month after the elections that they  would not get the full quantum of water for their winter crop - though this was known to officials from months before. As a result many farmers had already sown their crops by the time the announcement came in January 2018.
Posted by UrbanIndiaThoughts at 6:50 PM No comments: