There seems to have been no warfare for 2000 years !

I am still reading / watching Mesopotamia.. Here among others..

Civilized living in the form of settled farmers and beautiful pottery, seems to have begun in Sumer around 7000 years ago, although the first irrigation canals date to 8000 years ago.

Some 6000 years ago, trade facilitated the rise of many large, temple-centered cities (with populations of over 10,000 people) where centralized administrations employed various workers. It was at this time that Sumerian cities began to make use of slave labor.

These cities were most likely headed by a priest-king, assisted by a council of elders, including both men and women. There was little evidence of institutionalized violence or professional soldiers uptill now, and towns were generally un-walled. During this period Uruk became the most urbanised city in the world, surpassing for the first time 50,000 inhabitants.

The dynastic period began some 5000 years ago and was associated with increased violence. Cities became walled, and increased in size as undefended villages in southern Mesopotamia disappeared. The now deciphered syllabic writing started to develop from the early pictograms.

In conclusion then, warfare was not a part of the civilization that existed in Sumer from 7000 – 5000 years ago.
Posted by UrbanIndiaThoughts at 1:49 PM No comments:

Is India the only fount of wisdom of yore ?

Perhaps we were taught a smattering of many things in school, but I have forgotten most of them. What remains in memory are the impressions reinforced by conversations with family and elders, and what we see regurgitated in the Indian media, incuding social media.

An oft-repeated theme is how great the Indian civilization is with no parallel in world history. That science, innovation and the arts grew only in India with the rest of the world in darkness. But as I read more widely now, I find that picture is simplistic.

Why have we heard about the ancient indian civilization only from our elders then ? Mesopotamia and the Egyptian civilizations are far older the the Indus Valley and Harappan Civilizations.

The fertile river valleys of the world where civilization first grew – Tigris-Euphrates, Nile, Yellow River, Indus, would all be mighty rivers.. yet we speak of the Ganga as if it is unique. In fact, the first civilization in South Asia grew around the Indus and Saraswati, not the Ganges. 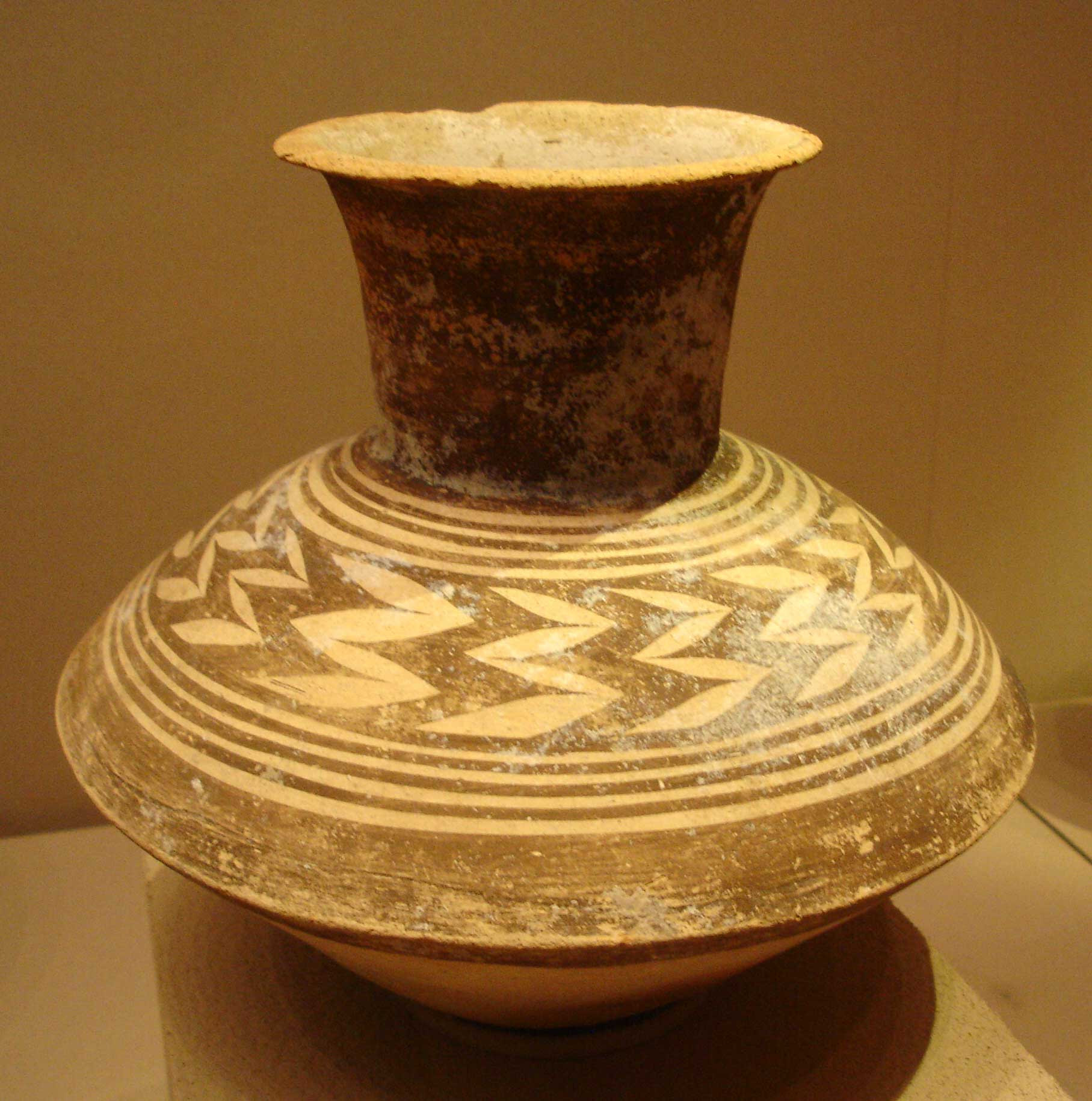 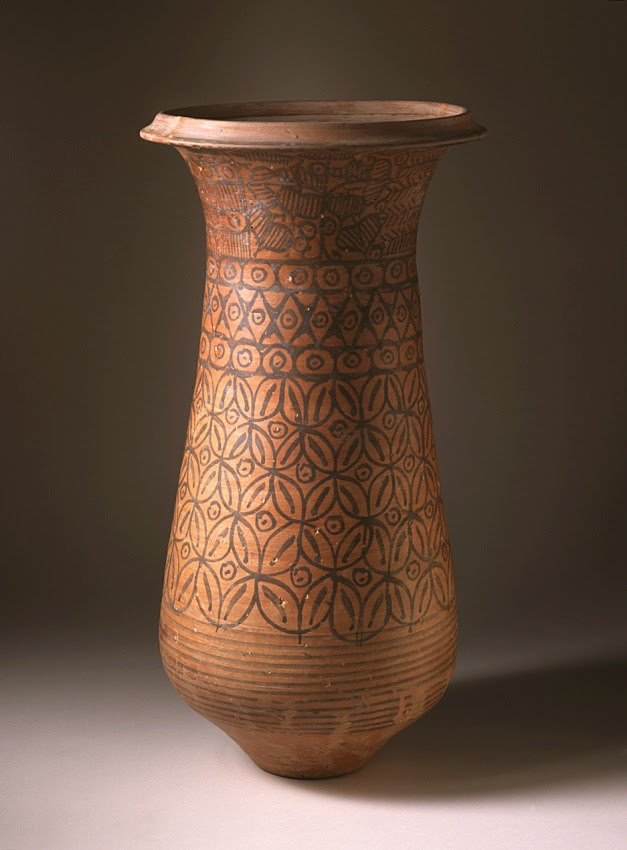 The Mesopotamian pottery above compares well with pottery from the Indus Valley civilization, 1500 years later. On left.

Image released by Los Angeles County Museum of Art and taken from Wikipedia. 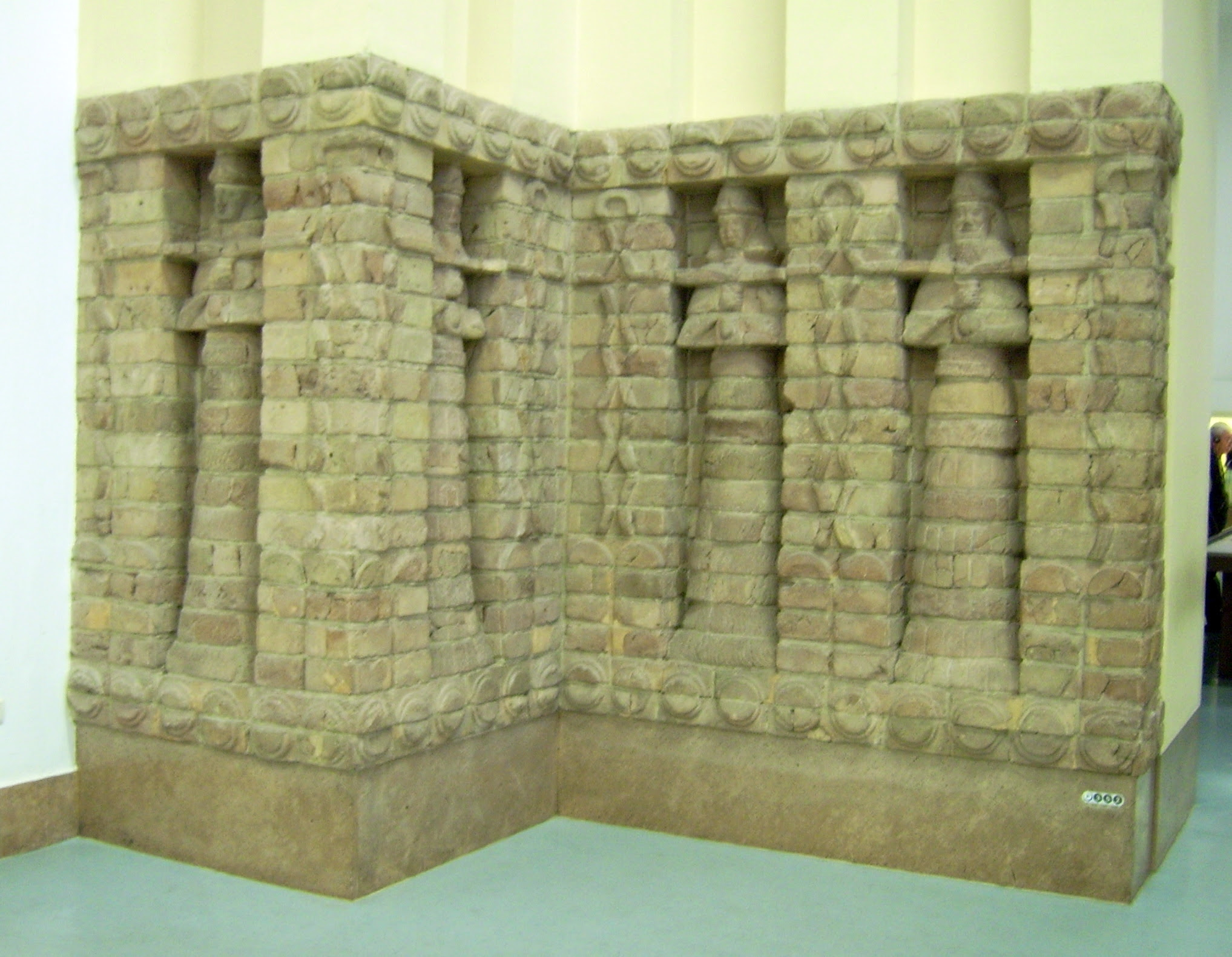 Temple on the right was meant to honour their goddess of fertility..

Posted by UrbanIndiaThoughts at 11:37 AM No comments:

Our Home has been taken over by Doves !

We have always had doves around, but lately we have positively been taken over ! They coo morning, afternoon and evening.. Make sorties to the feeding stations.. Roost on the Shehtoot tree - as indeed I can see one now as I type.. while another surveys the scene from our balcony railing.. 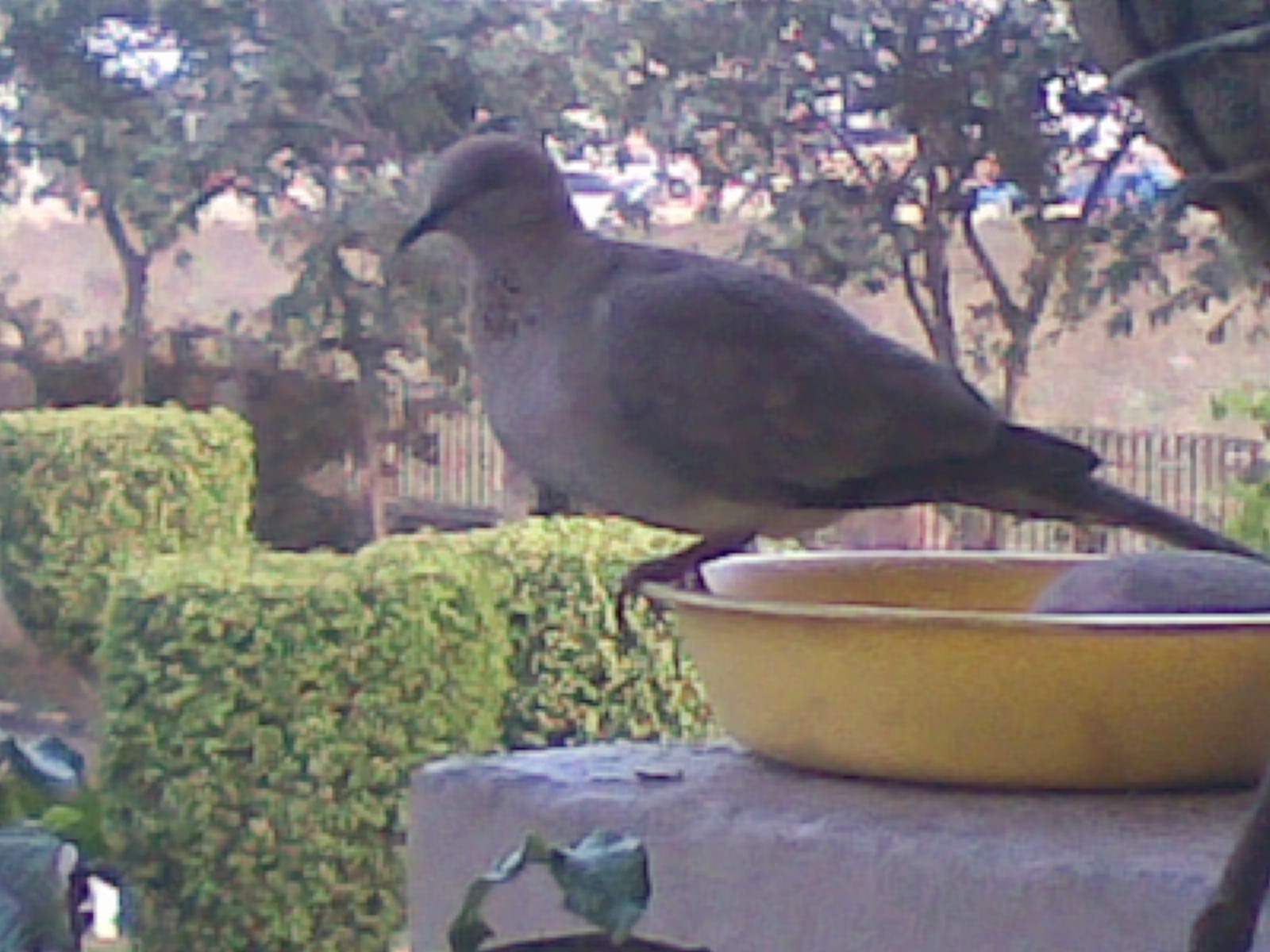 These pictures were taken a couple years earlier..

I read up a bit about the pigeon / dove branch of birds  - apparently, they bob their heads in an attempt to keep their vision constant. 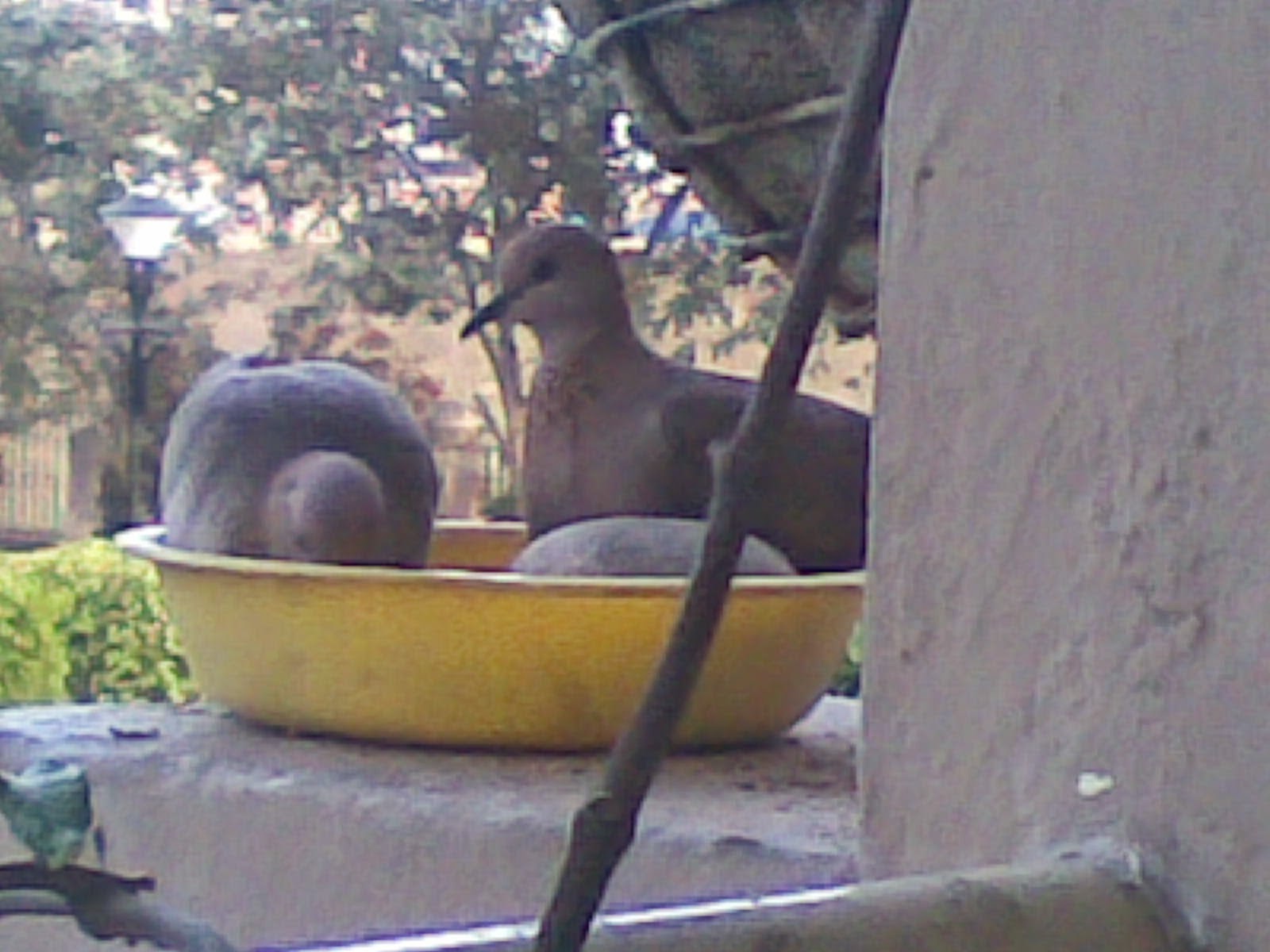 The guys you see in this picture are Laughing Doves.. common across India..

Two famous extinct species, the Dodo and the Passenger Pigeon, belonged to this branch of birds.

The Passenger Pigeon was once the most numerous species of bird on earth.

In 1871, a single breeding colony was estimated to contain over a hundred million birds, yet the last individual in the species was dead by 1914. The species is thought to have been massively over-hunted for food for the poor.
Posted by UrbanIndiaThoughts at 9:10 AM No comments:

I hv been reading about emperor Ashoka. The story about the rediscovery of his lion capital - which we adopted as our national symbol, is Here. There is only one surviving lion capital in full which was unearthed by a Britisher a 100 years ago. Clearly many Britishers have served India as many may have harmed it too.

The stories of what Indians have done to build India since independence are not that well known to me. There are the obvious captains of industry and those in politics. But who set up the stock exchange ? Who built the ports ? The highways ? The dams ? Who set up the IITs ?
Posted by UrbanIndiaThoughts at 11:59 AM No comments: